June 12th 2019, the Google has honored her 8 years ago since her death. Margaret Atieno Ogola, born on June 12, 1958  and attended Thompson’s Fall High School before proceeding to Alliance High School for A levels. She joined the University of Nairobi for a bachelor of medicine and Surgery degree in 1984 and earned her master’s in pediatrics in 1990 then joining Kenyatta National Hospital as a Medical officer. Dr Ogola was the Medical Director of Cottolegnogo Hospice for HIV and Aids orphan. She headed the family life counselling Association of Kenya and Health and Family Life Programme at the Kenya Episcopal Conference, she coordinated over 400 Health facilities, run by the Catholic Church in Kenya. She lost a long battle to cancer on September 21st, 2011.
According to Google, the Google Logo is put as below to celebrate holidays, anniversaries and the lives of famous artists, pioneers and scientists. This is done artistically replacing one letter “O” in Google Logo with the round face as below or late Dr Ogola
Margaret Atieno Ogola was a Kenyan doctor and writer. Though a medical doctor, Margaret Ogola was always interested in writing. In her own words, ‘her love affair with writing' started at the age of 15 when she sent her first manuscript to a publisher.

But it was not until twenty years later, and after many half-hearted attempts, that she wrote The River and the Source the prize winning and enthralling novel that catapulted her into the world of literature. The book has been translated to Italian, Spanish and Lithuanian. The novel won the 1995 Commonwealth writer’s prize in Africa and Jomo Kenyatta prize for literature.
Fr Omolo told the children at at Mageta Island in Usenge, Nyanza County last year, the story of Dr Ogola’s book: The River and the Source, in which she wrote that a home without daughters is like a spring without a source.” Published in 1994, The River and the Source traces the lives of three generations of women and the men who stood by them.
It begins with the story of Akoko, set in her rich traditional Luo surroundings in Nyanza province of Kenya, to the children of Awiti who live and die in the full swell of the 20th century. Akoko's determination and clarity of vision is prominent among the five generations of Akokos's family.
The River and the Source is a story of unparalleled vision, endurance, and hope. The women in this award-winning novel are fiercely loyal to family and family values, are able to endure suffering with determination and courage, believe in continuity through change, and have a firm belief in God.
The River and the Source embraces the African woman’s spirit of welcoming change while taking on the challenges that come with it. It is an epic story that spans culture filled with laughter and tears. It is a book that gives a true and involving insight into the culture and aspirations of the Luo people the land of Obama’s father.
Fr Omolo used the book to talk to children of Mageta Island about family and moral values as one of the most important responsibilities parents have. In order for children to act morally, they need to know the good, care about the good and practice doing the good.
Mageta is an isolated Island just off the coast of Kisumu, of the 12,361 inhabitants. There is high risk that HIV can spread faster due to its isolated cases. The difficulties of travelling across Mageta Island means that HIV positive women within this community are unable to access pre and post-natal care. Maternal mortality in this area exceeds the national average due to difficulty in accessing dedicated maternity care in time. 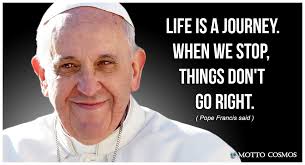